What follows is a blog by Mark Heffernan, who is an EU public affairs manager at Cancer Research UK. To see it in the original form follow this link. 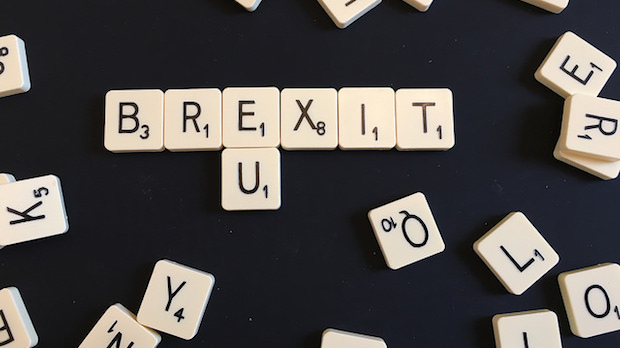 At 11pm on Friday 31st January, the UK left the European Union. It’s a day that’s dominated UK politics for almost 4 years, and now it’s arrived the question becomes – what happens next?

In short, very little will change in the first few months.

That’s because while the UK will no longer be part of the EU, it’s set to enter a post-Brexit transition period. And during this period, which is due to last until 31st December 2020, negotiators from the UK and EU will decide what our future relationship with the EU will look like.

While these talks are happening, most EU rules will continue to apply in the UK. Travel and trade to and from EU countries, for example, will stay largely the same as when the UK was an EU member.

If the talks are successful and a deal is agreed, the ‘new relationship’ is due to start on 1st January 2021. And that’s when the biggest changes are likely to happen, including some that could impact cancer research and patients.

Here are some of the key issues that we want prioritised during post-Brexit talks.

Continuing to collaborate on clinical trials

Right now, the UK and EU work together very closely on trials. Around 3 in 10 Cancer Research UK-supported trials take place with a country in the EU, and there were 4,800 trials between 2004 and 2016 that involved the UK and other EU countries.

These international trials are particularly important for testing new treatments in rare and childhood cancers, where there may not be enough people to take part in a single country.

It’s vital that any future relationship continues this collaboration, which means ensuring the UK and EU have compatible rules on how trials are run.

The EU is bringing in new rules for how trials are run through a Clinical Trial Regulation. The changes are popular with researchers, who believe they’re a big upgrade on the current system.

We want UK Government to look at becoming a part of the new system – including negotiating access to the Regulation’s new database, which will make setting up UK-EU trials safer and easier.

Another key post-Brexit issue is ensuring people in the UK get access to the newest treatments without delays. And that means looking at how drugs are licensed.

When we were a part of the EU, the UK worked closely with the European Medicines Agency (EMA) to assess if new medicines were safe and effective. This was a mutually beneficial relationship – the EMA benefits from the UK’s expertise though our own national medicines regulator, the MHRA. And people in the UK benefit too – the EMA is responsible for an area worth about 22% of the global pharmaceutical market, the UK on its own is worth only 3%.

There are concerns that a split from the EMA could introduce delays in the UK, with pharmaceutical companies going to the bigger European market first, and to the UK second.

It’s in everyone’s interest for the UK and the EMA establish a new way of working post Brexit and continue to work together closely on the testing and licensing of new medicines.

Attracting top scientists from around the world

We’ve blogged before about how important it is for researchers to move between countries to live and work. It’s essential this can continue

Half of our PhD students aren’t originally from the UK. And this flow works both ways – 72% of UK-based researchers have spent time at an institution outside the UK between 1996 and 2015, building both their expertise and crucial links with international partners.

To enable this to continue, the UK Government must design an immigration system that allows us to attract, recruit and retain researchers from all around the world. But the future UK-EU relationship will also be important.

As Freedom of Movement ends, the UK and EU will need to decide new rules for how researchers can travel between countries. There have been some promising signs that the Government understands how necessary this is, but the next step is to protect researchers’ ability to move across borders to work on vital shared projects like clinical trials.

It’s not just trials that benefit from collaboration across borders.

Shared research programmes – where scientists in the UK and their partners in the EU work together – are not only a source of funding for UK researchers, they also help build the cross-border collaboration which is so important for medical research.

And while Cancer Research UK doesn’t directly receive money from these EU funding schemes, we know how valuable they are for building a world-leading research environment in the UK. And we think UK research should continue to benefit from them after Brexit.

That’s why we’ll be pushing for Government to seek access to big European research projects, like the forthcoming Horizon Europe – which is worth about £80 billion over the next 7 years.

Brexit day has been the source of intense discussion for the past 4 years. But when it comes to determining our future relationship with the EU, it’s just the beginning.

A lot remains to be worked out over the next 11 months. And we’ll be working with people in the UK and across Europe to ensure the issues that matter for patients and research are brought to the table, and that the new relationship is one that helps us drive progress against cancer.